How Much Does an HGV Driver Earn? 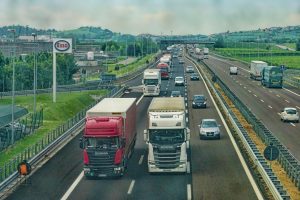 This is the first and most common question that new drivers who are fresh out of the hgv driver training centre ask. And why not? No matter what career you are going into, you want to know what you are going to earn, and pay is probably the most important consideration in any job choice.

However, the question does not have a simple answer. There is no single, set amount that HGV drivers earn. There are some guidelines that can be of assistance such as statutory minimum pay and the current market trends in calculating whether the income will be sufficient to meet your needs.

Although the HGV industry is largely governed by its own rules and regulations, there are some factors such as minimum wage that are still applicable. This ensures that you are at least assured compensation for your work in accordance with the National Minimum Wage, National Living Wage and the Apprenticeship Levy.

The current National Minimum Wage hourly rate that you can expect to be paid is:

This is not to say that this is the wage that you will be offered as an HGV driver – only the minimum statutory requirement. Most employers understand that paying their drivers more leads to better job satisfaction and performance.

In April 2017, the Apprenticeship Levy came into effect for companies with a gross payroll exceeding £3 million. The levy is currently 0.5% of gross payroll and can only be reclaimed through training that has been approved. The aim is skills development due to a lack of adult educational funding in line with measures that other countries are employing.

In September 2017, a new system was developed to provide employers with better guidelines to reimburse drivers more consistently. The Driver Subsistence system includes the following:

As mentioned above, there is no set rate to pay HGV drivers. However, an agreement has been reached in the industry for a scale rate according to which drivers should be reimbursed when working and sleeping away from home. The scale was first introduced in 2013 and has remained constant ever since. Drivers with a sleeper cab should be reimbursed by £26.20 according to the scale and drivers without a sleeper cab should receive £34.90 per night. It is up to each individual employer to choose to pay the scale rate or increase the amount as they see fit.

If you are concerned about how much you will actually be paid as an HGV driver, consider the following:

– 79.1% of HGV drivers received an increase in the last year.
– On average, this increase was 2.57% of their salary.
– 85% of HGV drivers, on average, are currently being compensated well above the National Living Wage. It has not been established by how much.
– Salary increases were found to be slightly higher in the South than in the North.